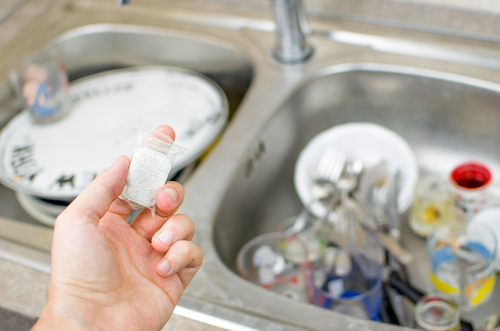 COLORADO SPRINGS, Colorado — A Colorado Springs mom says she was disgusted when she found two dishwasher detergent pods were given to her son in his Halloween candy.

Jennifer says she noticed the pod packets in her son’s candy on Thursday. Although they are not deadly, the detergent pods can make kids very sick to their stomach.

“I mean it is shiny, it opens like candy, you know, you grab a handful including this. A kid, a parent would never notice, and we did not”, she said. She is extremely happy her son did not eat them before she found what is wrong.

Jennifer says that she plans to file a police report, but police tell us that might not do much good. They say there have not been any other reports of kids finding detergent pods in their candy. If no one is injured, they say it is not against the law to give a child a detergent pod.

2-Year-Old Toddler was Shot and Killed in Colorado Springs