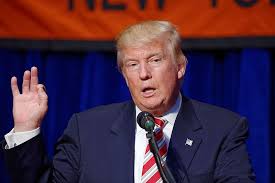 In a hotly contested year for politics, President Donald Trump plans to visit Colorado Springs, a conservative bastion in a state with a low approval rating.

In the 2016 presidential election, he lost Colorado to Democratic nominee Hillary Clinton by 5 percentage points. Additionally, Colorado’s approval rating for the president sags about 10 points beneath more favorable states for Trump, hovering around 39 percent.

Still, Colorado Republican Senator Cory Gardner believes in the president’s ability to turn the state towards his favor. Gardner provided Trump with an early endorsement for reelection and appears alongside him at the upcoming rally at The Broadmoor World Arena on February 20.

The move to align himself with President Trump could spell disaster for his own reelection campaign. Colorado made a strong show of support to the Democratic Party during the 2018 midterm elections.

Therefore, Gardner’s choice to walk lock-step with Trump through issues like impeachment presents an obstacle for his reelection this November. Likely to avoid difficult questions from liberal-leaning constituents, Gardner hasn’t hosted a town hall meeting in 2 years.

The United States Senate voted to acquit the president of two articles of impeachment this week. Despite the trial calling no witnesses and the acquittal vote falling along party lines, Trump is expected to tout the acquittal as full exoneration.

In addition, Trump’s talking points include the economy and the creation of a Space Force. While the Space Force remains a bit of a conundrum, technically only consisting of one member, economy numbers offer real fodder.

The stock market continues to grow and unemployment consistently drops with each successive month. While the trend of job gains began during Obama’s administration, voters’ short attention spans work in Trump’s favor. The public generally attributes a strong economy to the oval office’s present occupant, regardless of their actual impact.

However, while corporations post record earnings, wages still see little impact. That fact undermines the political value of his 2017 tax cuts. Coloradans could favor an alternate populist message should someone like Bernie Sanders win the Democratic nomination this year, again choosing Trump’s rival.

However, the Democratic primary remains uncalled, and Trump continues to boast of providing economic support for common Americans.