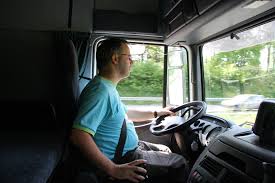 Imagine being five minutes away from home, and your vehicle shuts down completely, not because you’re low on gas, but simply because you’ve exceeded the maximum amount of driving hours? Now that five-minute drive is no longer in the rear view. While this may seem a little far fetched for the average Colorado Springs driver, for truckers it is a reality. That’s due to current driving time policies that may change soon.

Currently, truck drivers can spend up to 11-hours each day on the road within a 14-hour window. Prior to the start of a new shift, drivers must be off duty for 10 consecutive hours. Truckers on the road for more than eight hours must take a 30-minute break before reaching the eight-hour mark.

The U.S. Department of Transportation is pushing to change these policies as many feel the current regulations which have been established since the 1930’s and enforced by the Federal Motor Carrier Safety Administration do not provide enough flexibility for drivers.

But safety advocates like Cathy Chase, president of Advocates for Highway and Auto Safety fear that a more relaxed policy would give truckers the opportunity to log in more hours, resulting in truckers’ fatigue, ultimately adding to the rise of highway crashes and fatalities.

However, many longtime drivers claim this to be untrue and instead argue that the current regulations are out of touch with the daily realities of the road, such as heavy traffic, bad weather, and/or loading times. Not to mention the required 30-minute break that forces drivers to pull over, even when they don’t want to.

Some have also suggested stopping the clock for up to three consecutive hours to allow drivers time to rest or wait out heavy traffic, however this would result in a 17-hour work window, with no real guarantee of sleep.

The new proposal is still being reviewed by the White House’s Office of Management and Budget and have yet to be released.