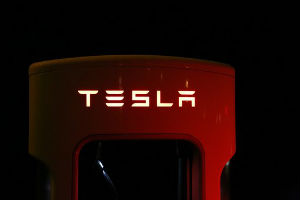 Tesla has a rocky year for sure. And it doesn’t look like things are getting any smoother for the company. The much-discussed Tesla Semi now appears like it won’t become a reality for some time. The reason for this grim projection is that Tesla is simply not pumping enough money back into its business in the area of capital expenditures to build the production lines and expand the service infrastructure essential for the massive scale of manufacturing commercial vehicles.

Tesla, though, has developed a reputation for over-promising and not being able to deliver on the release date of new vehicles, production schedules, technology, and profitability targets. Generally, the misses were the result of a variety of issues. Some had to with a sunnier outlook on how much production could be automated. While others were the byproduct of a badly timed launch of a mass-market sedan when the consumer hunger for those cars is minimal. Finally, a strict belief in vertical integration has created problems.

With the production of the Model 3 Tesla has used up a lot of its cash flow and until it gets more in its coffers, getting the Semi up and ready and in production is a bit of a longshot. Originally, the semi was supposed to begin production in 2019.

Currently, Tesla’s capital expenditures have dipped below its depreciation and amortization. This basically means that its spending less money on equipment for manufacturing than the value of its current equipment is dropping from wear and tear. Basically, Tesla’s manufacturing equipment is going down in value without it being replaced or updated. Bottom line, a company that’s striving for growth cannot create new, complex production lines when it’s spending so little on capital expenditures as opposed to what it’s recording in depreciation.

Tesla recently did have a capital raise but analysts see it as not transformative for the business. Consequently, in no way expect the company to start significant production of their Semi for some time.

What do you all think? Is Tesla in real trouble of surviving?

How Many Shipping Quotes Should You Get?

Who Are the Snowbirds?