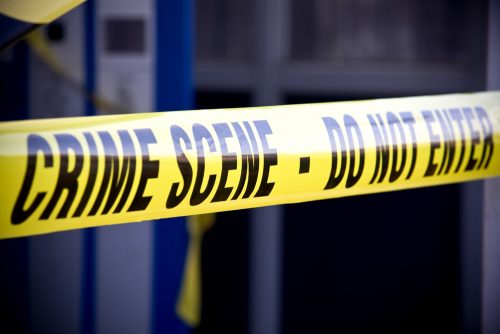 The first business that the suspect hit was Famous Footwear on North Powers Boulevard. According to police, the suspects took all the products with them and run away.

A short time later, another business got hit by the Jeep. This time it was a marijuana dispensary on North   Chelton Rd. The information on the stolen products is not available.

The Jeep became stuck in the store this time. The passengers of the car, four of them were able to get off the car. They jumped into other vehicles and fled away from the area.

Another report on the shooting was received. The police said not long after the incident two vehicles started to fire shots at one another near Academy Blvd and Bijou Street.

It’s possible that the vehicles involved in that shooting were the same ones that were noticed leaving the marijuana store.

One of the vehicles was found near downtown. It was almost hit by a train. The people inside the car jumped out and ran.

The investigation is still underway. No arrests have been made so far.