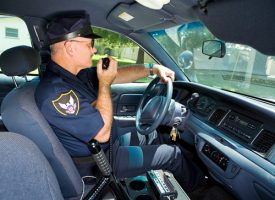 A shooting had occurred in Westminster on Thursday and it left 4 people’s lives in danger.

The 23-year-old suspect, Jeremy Webster had been trying to escape back to Colorado Springs.

Overall, he shot 4 people, two were adults and the other two were children. However, one of the adults was not related to any of the other 3 victims in this shooting.

The shooting occurred around the afternoon yesterday on 80th Street.

One of the children died from suffering a gunshot wound and the other child is severely injured.

The other two adults have also been injured from the gunshots. All three victims are in the hospital and their condition is not known yet.

None of the victims have been identified by police.

When the shooting occurred, police started to search for him in the area until they eventually caught him by Castle Rock.

Webster was charged with multiple assault charges, first-degree murder, and a felony.

Police found out that Webster did not know any of the victims. They are not sure what his intentions were for shooting those people, however, he did admit that the shooting was followed by road rage.

Police also found out that he resides in Colorado Springs.

Authorities are waiting to hear on the condition of the victims.

Dog Attack: 2 Colorado Springs Officers Were Sent to The Hospital