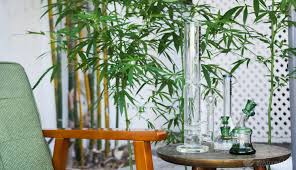 House Bill 1230 passed the Colorado General Assembly earlier this year. That bill allows applicable businesses to seek licenses from the state to permit patrons to consume cannabis on their premises. Restaurants, hotels, and even yoga studios are included among the list of potential license holders. The Marijuana Enforcement Division, or MED, processes all applications and determines which commercial properties receive approval. A variety of license types are available, as well, ranging from mobile sites to those with and without limited pot sales. However, Colorado still prohibits the mixture of alcohol and cannabis sales.

Colorado Springs became an early adopter of social consumption. The city issued permits to local businesses to operate as cannabis lounges. However, these permits provide temporary status. City officials plan to revisit social use next year.

Similarly, the city of Denver offered a social use program after voters approved Initiative 300 in 2016. Their Coffee Joint remains as the only operating pot lounge. Local officials there also plan to review social pot use laws next year.

Colorado law and regulation dictate the new state licenses, though they do not supersede local measures. Shannon Grey, communications director of MED, states that local jurisdictions may choose to participate or not in the newly available licenses for pot lounges. ” Colorado has a strong history of enforcing local jurisdiction,” she says.

The owners of Coffee Joint, Rita Tsalyuk and Kirill Merkulov, spoke with Westword regarding their recent application submission for a Colorado state license. “This is bigger than us. It’s just a bigger step in the industry.”

SWAT Situation Ongoing in Colorado Springs: Person Believed to be Barricaded at Home