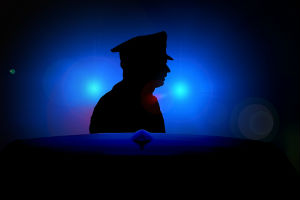 A civil rights lawsuit filed Tuesday alleges that a Colorado Springs police officer retaliated against a pedestrian with excessive force.

The incident took place on June 7 of last year. Michael Sexton walked along the road when a squad car drove past him. Sexton lifted his middle finger to the vehicle as it passed. Then, the squad car made an abrupt U-turn across four lanes of traffic to double back. The police officer behind the wheel, Matthew Anderson, pulled alongside Sexton and asked if he need help, presumably with a sarcastic tone. The ensuing events suggest a facetious tone.

At that point, Sexton replied he did not need help. However, as Anderson drove away and Sexton crossed the street, the police officer returned.

He requested the officer calm himself while Anderson pressed his weight against Sexton and held his arm back.

The altercation concluded with a jaywalking ticket for Sexton. That charge was later dismissed.

The suit lists a number of other incidents involving excessive force applied by Colorado Springs police officers. Furthermore, it suggests a pattern of inappropriate behavior.

The lawsuit follows a high profile police shooting in the city last year when another police officer shot and killed a fleeing suspect. In that case, a grand jury cleared the officer of wrongdoing. Still, the citizens of Colorado Springs demonstrated, calling for police accountability.