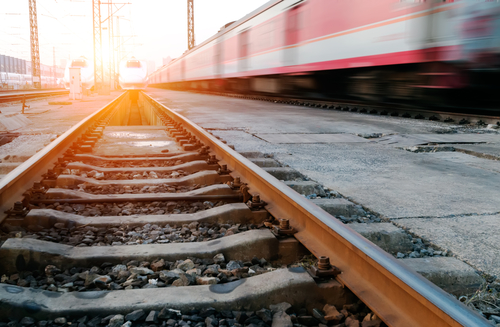 COLORADO SPRINGS, Colo. — Colorado Springs police say a pedestrian was hit by a train at around 8:17 p.m. The incident took place near America the Beautiful Park. Immediately afterwards, bystanders called an ambulance. The first responders rushed the man to a nearby hospital for emergency treatment.

The man had mangled legs but was alive after he was hit by a train near downtown Colorado Springs Monday night. He was crossing the tracks when the train came through and nearly killed him. This incident reminds us that it’s very important to check for trains before crossing train tracks. While trains rarely look like they’re moving quickly, they are. On top of that, they have so much mass that they can do truly grotesque levels of damage to the human body. So stay safe out there by looking both ways.

Police told the 31-year-old still had both legs when he got to the hospital. However, doctors may have to remove the man’s legs if they cannot fix them up. The injuries have been described as “traumatic,” but not life-threatening. This is incredibly lucky for the man, as trains can easily kill human beings.

Police are investigating the incident. So far, they haven’t said anything about the case beyond the man being alive. We’ll see if future updates change the way we look at this incident.