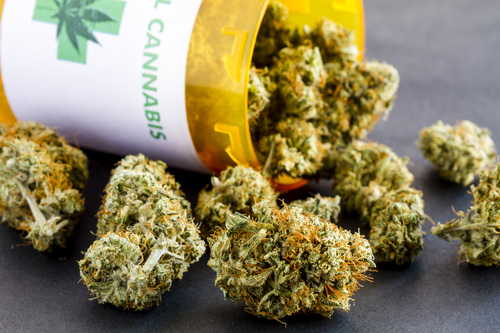 A local group of businesses maintained illegal marijuana stores throughout Colorado. The retail scheme involved six businesses. Currently issued are four out of six warrants of arrests on those involved.

These six businesses worked together to sell marijuana in a professional, but illegal, setting. During their search, investigators of the Colorado Springs Metro Vice, Narcotics and Intelligence Division’s Marijuana Regulatory Team found more than enough evidence to get warrants on many individuals. So far, the investigators have only searched six businesses.

Once the Sheriff’s office received warrants for the search of these businesses they proceeded their investigation. This resulted in the discovery 10,000 dollars and more than 100 pounds of marijuana products.

Consequently, these businesses are to cease operation regarding the illegal sale of drugs. Although, legal ramifications are not decided. It is unclear what degree of punishment the criminals will receive until they have located all evidence.

Unfortunately, only one of these men is currently in custody. This thirty-seven-year-old man is Jon Vincent Martinez. While the police were searching his home in El Paso County they found over 60 firearms (six stolen)and many narcotics (cocaine, methamphetamine, and ecstasy).
Unsure of where the money came from the police also confiscated five vehicles and numerous pieces of designer jewelry.

After searching this house, the detectives were able to acquire leads to other possible places of operation. After following the leads, the investigators found over 1.375 million dollars of unreported cash.

Martinez’s court date is on Thursday and he is currently held at the El Paso County Sheriff’s office.

This issue reflects the community. Although “pot” is now recreational for those over 21, some people still illegally distribute it. What does this say about the community? Why would people use smoke shops as a front to cut out taxes that make recreational substances safer for Colorado Springs?

Haul Does It All! On-Demand Platform Connects Fleets For Drivers