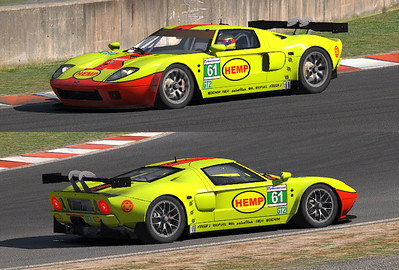 Hemp is the “budding” industry of today. With many states legalizing the use and consumption of cannabis, many hemp farmers are getting in the action! So, what has the industry proven that it can do?

Back in the early stages of the automobile, Ford designed a car built not only from hemp but also utilized the value of recycled biomass to create a fuel source for it. This was the first time the world had seen such an invention. At the time, there were plenty of resources that auto manufacturers were experimenting with. Upon Ford’s development of the project they noted that the material was stronger than steel and could maintain a better gas mileage than the cars available at that time. This has drastically changed with improvements in innovation over the course of 100 years, but today, the use of biofuels and alternative energy have found their way back into the hemp market.

Why Didn’t This Take Off?

HENRY J. ANSLIGNER. That is the guy who put a halt to America’s use of industrial hemp. As the first commissioner of the Federal Bureau of Narcotics, he set forth a power move that to this day has been yet to fully recover and move forward. From his time as commissioner, Anslinger set out to put a stop to the production of canna-related products. This meant no more hemp cars for Ford and the rest of the world. His methods have been put forth to dissuade people from utilizing alternative methods to modern problems.

Most Diesel Engines Can Handle It

Have an old 1985 Mercedes 300 hanging around? Perfect. Now, most people are thinking the old VW Microbus is the perfect catalyst for this type of biomass, but things have moved away from your parents (or grandparents) time. I mean, things have also moved away from the time of a 1985 Mercedes 300 series, but I digress. The cast iron head gaskets and the much tougher engine makes for a great transporter utilizing the “budding” industry. That being said, almost any diesel engine (as long as it is in good shape) will sufficiently burn most byproduct based fuels with relative ease.

How Does Hemp Stack Up To Oil?

Well, for the most part, you’re going to see an 8-10% decrease in energy efficiency. So imagine a 10% loss in gas mileage. Unfortunately, unlike larger scale vegetables, peanuts, soy, and various other resources, hemp is still a small scale commodity. If you were to 100% rely on hemp to power your car, you will definitely be utilizing an effective source of renewable energy, but the cost to fill your tank will be astronomical. Where soy, peanuts, and sugarcane act as widely produced resources, the industrial side of the hemp industry hasn’t become a norm…yet.

Hemp has a durability factor that far outshines that of conventional plastics. The days when Henry Ford first produced his car have helped to solidify this fact. With a “stronger than steel” framework, hemp cars will not only be much more durable than conventional plastics but also provide a higher quality of safety.

How to Produce Hemp Based Diesel

The process can be a daunting one. Even for those with traditional biofuel labs in their backyards, the process has a much higher level of steps. Where traditional biofuels simply need to be filtered out and mixed with equal parts diesel, canna-based fuels require a lot more than just a backyard filter. The process runs the same as any other canna-based extracting process. The seeds are put through a heat press where all the oils are extracted, they go through a filtering process of their own. Once that is complete and the millions of seeds that you will likely use. Then you can add it to the mixture, but good luck! A typical heat press will run you a couple of thousand bucks. This is for the size and quantity that you will need.

In terms of power output, hemp stays pretty consistent with other forms of biofuel. The exception being its production costs. Soy, peanuts and the like are much more accessible and much less costly. Hemp hasn’t begun to create its prominent use within the industry. Once the shackles of tyranny are unhinged, then and only then will we see the true potential of hemp-based products in the US.