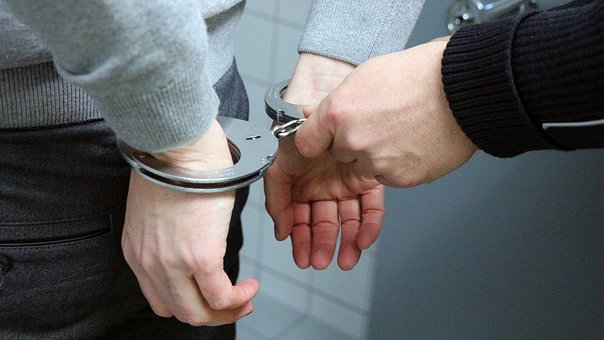 COLORADO SPRINGS, COLORADO – On Sunday, Police arrested a man who fired a gun at employees of a south Colorado Springs strip club. Authorities now accused Matthew Anthony Fanelli, 30, of shooting and critically injuring another man in a botched carjacking in Oregon.

They detained Fanelli in the Josephine County jail in Grants Pass. Authorities charged him with seven counts of attempted murder, assault, and for being a Colorado fugitive.

Oregon TV station KDRV reports that Fanelli and another suspect, Jose Lopez-Jovel, attempted to carjack a vehicle Sunday morning. This occurred outside a restaurant in Roseburg. Matthew Fanelli fled on foot. Then, police arrested Lopez-Jovel at the scene.

According to reports, Fanelli shot at various vehicles on Interstate 5 including a semi, another motorist, and even an Oregon State Patrol car. Police then lost sight of the suspect. In that time, he failed another carjacking and shot a man. Police apprehended Fanell when his car broke down.

In the Colorado Springs shooting, after being asked to leave the club, Fanelli fired at the Deja Vu Showgirls manager and two bouncers. This occurred in the 2100 block of B Street.

The El Paso County Sheriff’s Office reports that Fanelli also attacked a dancer, Cynthia Sena, 19, who ran out of the club naked and escaped in a silver Nissan with New Mexico plates. Authorities are still trying to track her down for questioning.

From Bad to Worse – Blizzards in Colorado Springs