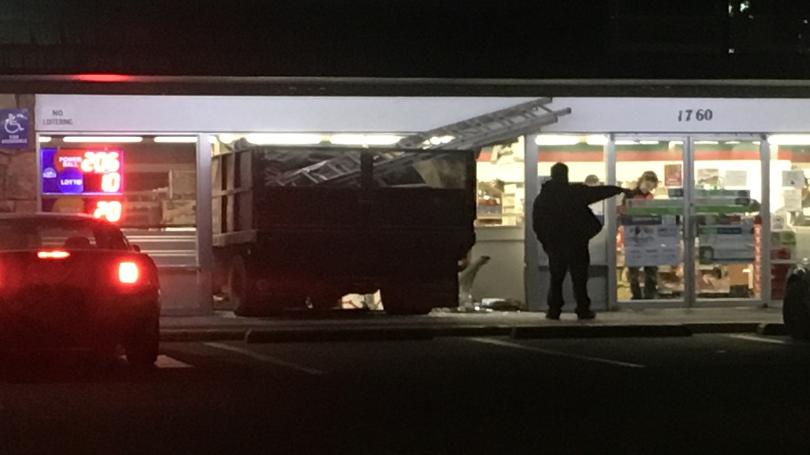 A truck crashed through the front of a 7-Eleven on Wednesday Evening. The incident occurred on the south side of Colorado Springs, on the 1700 block of Shasta Dr, which is located just east of the intersection of S. Circle Dr. and Monterey Rd.

The flatbed truck was occupied by three people. According to witnesses, all three fled the scene shortly after the crash.

Two hours after the officers arrived at the scene, the flatbed truck became reported as stolen.

Witnesses state that no one got hurt due to the crash.

The security video at the convenience store is still being reviewed by investigators.

Annually, Colorado Springs sees about 1500 car thefts, which on average is about 77 a week. After Denver, it has the highest car theft rate in Colorado. According to statistics posted online, the days that car thefts occur the most are Mondays and Fridays.

McDonald’s Serving Up A Fresh Outbreak Of Coronavirus