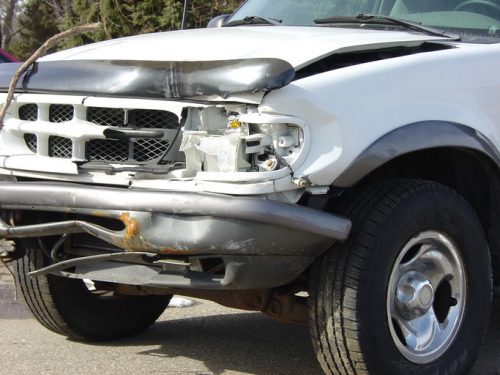 The crash happened Friday morning about 6: 30 a.m. in the intersection of Cimarron Street and Nevada Avenue.

Police spokesman Lt. Howard said the crash occurred when a gray sedan in the northbound lanes of Nevada made a left turn onto Cimarron when a silver SUV driving south t-boned the vehicle.

The sedan driver was ejected from the car and killed.

Among other SUV passengers, there was a young child, which was taken to the hospital together with female driving the SUV.

They both had serious, but nonlife-threatening injuries.  The crash in downtown Colorado Springs is the 45th this year, which exceeds the record set in 1986 for traffic fatality.

Black believes these traffic fatalities are not just a police issue, but rather a community and they are senseless.

Police are warning about closures of the following streets: southbound Nevada is closed at Costilla Street, eastbound Cimarron is closed at Tejon Street.

Westbound Cimarron is also closed to Nevada and will remain closed for the rest of the morning.