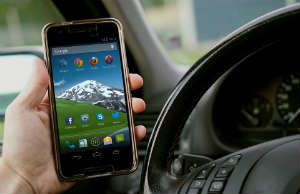 Truckers – good news is on the horizon! Convoy, a company based in Seattle, has one of the new leading technologies for the industry. It is one of the several freight-brokerage apps that have recently launched. This is the new way for truckers to connect with retailers (and vice versa).

Now, truckers don’t have to waste precious time and money using the middle-man. Usually, brokers who call warehouses to set up deliveries for truck drivers usually take about 10 to 15% of the cost of the shipment.

Now, with companies like Conway (as well as Uber Freight, Transfix, and Next Trucking), truck drivers don’t have to spend that money or waste time waiting for calls from warehouses who don’t need their services. And, just this week, Convoy announced that they have finally removed humans from the process altogether. Now, they can match truck drivers and loads 100% autonomously!

The chief product officer, Ziad Ismail, said about this: “People thought it was something that could never be done. People thought that you really needed phone calls and faxes.”

It turns out that is no longer the case. Now, Convoy has accomplished major changes for the industry. They have more than 35,000 trucking companies along with 100,000 drivers and 500 shippers as part of their user base. With more users on the app, it is easier to match truckers with companies that they prefer and vice versa.

According to Ismail, “Trucking is more than 100 years old as an industry, and very little innovation has happened in it. Today, every truck driver has a mobile phone with a data plan. This is really a moment where we can reinvent the trucking industry and build something different.”

These apps are the way to do that. Now, truckers can spend their time getting loads more quickly and wasting less time being detained at warehouses. Essentially, it seems that the apps increase productivity for the entire industry. What do you think about the new companies, like Conway?