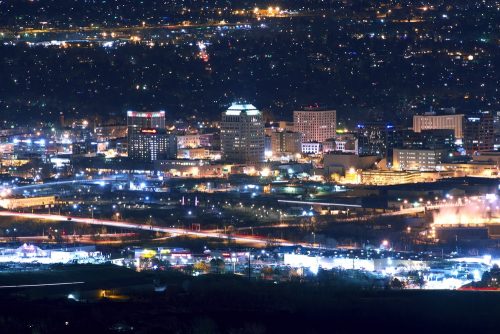 A list of the ‘2018 Best Places to Live in the United States’ has been unveiled, ranking Colorado Springs in the number two spot.

Colorado Springs was ranked 2nd on the list. It is a big jump from last year’s number 11 ranking and a number five ranking in 2016. The big jump can be contributed to a boost in the job market and high quality of life scores, according to the report.

The City of Colorado Springs says in addition to the job market and quality of life elements, factors measuring ‘how comfortable the average resident can afford to live within his or her means’ was included, along with desirability index and net migration.

“The U.S. News & World Report ranking is an exciting and well-earned recognition for our city,” said Tammy Fields, chief economic development officer for the Chamber and EDC. “Colorado Springs is stronger than ever, fueled by significant business and industry development, new residents moving here, high-quality job growth, and competitive affordability. This success is more than a boom. It’s the result of substantial investments made by our citizens, leaders, and businesses who are moving our region forward.”

Austin, Texas was the winner in taking the number one spot for the best place to live, with Colorado Springs following and Denver in third.

Peter Fectau with U.S. News & World Report has this to say about Colorado Springs and why we bumped Denver down on the list.

“Colorado Springs might not jump off the map as an economic or cultural hub the way larger metro areas like Denver do. But in a quieter, gentler way, Colorado Springs has much to offer, including a low cost of living, a low unemployment rate and a variety of recreation and entertainment options.

Colorado Springs attracts students, professionals, and military personnel to the area with a cache of military bases and nationally ranked colleges. Plus, construction in Colorado Springs is booming, with new residences popping up alongside quality schools, parks, and cultural attractions.

How to Win an Online Car Auction

Walkability in Colorado Springs: AARP IS Taking Steps To Improve The Situation