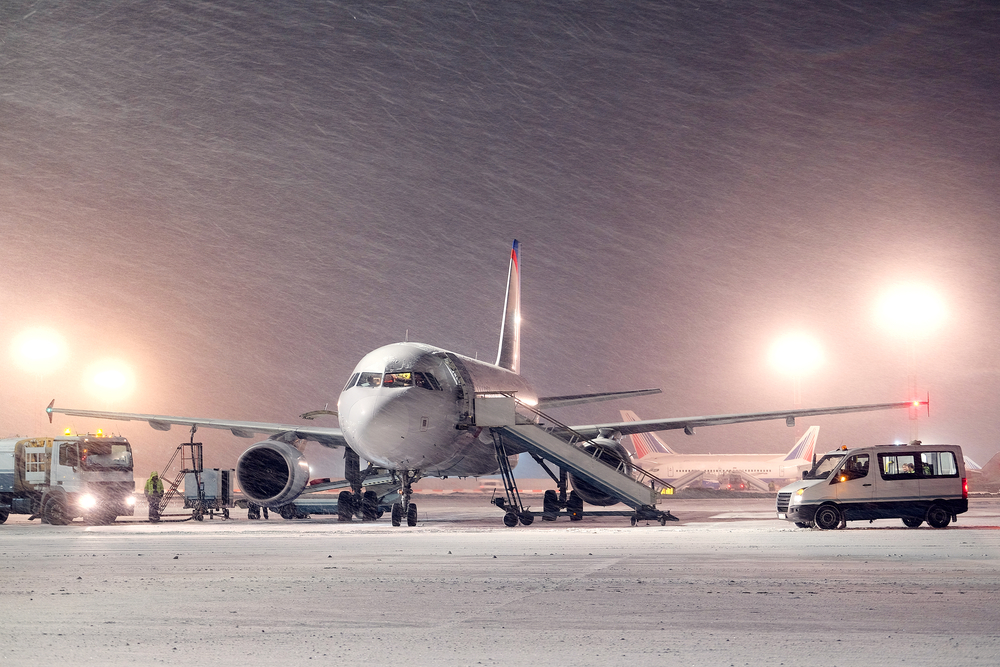 Denver International Airport has announced through twitter that it has cancelled 145 flights due to the weather conditions present in Denver. DIA mentioned that half of the flights were small flights. In order to check the status of your flight, you can log on to flydenver.com. All of this was posted on twitter at 4:40am.
Flight cancellations because of storms is that an uncommon thing for Denver International Airport. An airline company called Frontier Airlines was trying to improve its reputation after being targeted last month but was forced to cancel 20 flights going in and out of Denver. Other airlines such as United Airlines are providing vouchers to travelers whose flights got canceled and were forced to reschedule.
500 employees and around 250 pieces of equipment are being utilized in order to remove the snow that was a result of the storm. This storm came about a month after another 450 flights were cancelled because of bad weather conditions. Along with the cancellation of so many flights, numerous complaints against missing baggage and hours-long delays on the Tarmac were filed.
Denver International Airport has stated that they are expecting 6 inches of more snow by Thursday evening and has more air side snow removal equipment ready.
Drivers are advised to be cautious and patient when driving to and from the airport. They are asking drivers to give them more time to take control of the weather conditions.

How Do We Ship Luxury Vehicles?