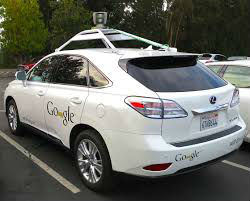 Tesla CEO Elon Musk made a speech recently discussing the dark side to level-5 AI and robotics in automobiles. The big takeaway was that the amazing innovations in automation and robotics will certainly have a massive impact on the industry. In fact, it’s set to launch a new industrial revolution. Big news indeed!

When it comes to automation within the industry, we’re not strictly talking about the vehicle. We’re talking about several different areas. All these areas are getting enhanced too. A perfect example is the production department. Here, new robotic machines are being used for human-free manufacturing and assembly. Companies are also managing logistics with software automation.

The Port of Rotterdam is another great example of the incredible strides being made in automation . This enormous port with almost 450 million tons passing through it per year is automated. Seriously, stop and think about that because it’s truly staggering. The port utilizes software to manage all of its loading and unloading jobs. This change has upped the pace at the facility and dramatically cut down on errors.

The Port of Rotterdam is clearly on the cutting edge, but Amazon has launched similar experiments too. Currently, Amazon is working on a way to use drones for its logistics and product delivery. In fact, officials expect drones to replace a large portion of the company’s logistics services.

Now, as far as automation in the auto industry, 2018 represented a game-changing year. Significant technologies were implemented that will reshape the industry. First, AI-based systems were being researched and implemented to offer a better user experience. Plus, these upgrades saved time and cost.

Some of Up and Coming Advancements

Here’s a general list of some of the advancements. Systems for speech and gesture identification, eye tracking and driver monitoring, along with Advanced Driver Assistance Systems, and of course autonomous vehicles that use camera-based machine vision.

The following technologies are spreading the wave of automation across the auto industry. In a more broad sense, here are the innovations that are changing the game in the automotive industry: machine vision or computer vision, collaborative robots, Artificial intelligence for driverless cars and cognitive computing in IoT connected cars.

The bottom line is we’re entering a brave new world in the automotive industry. It’s the future we’ve always imagined. You better strap yourself in!