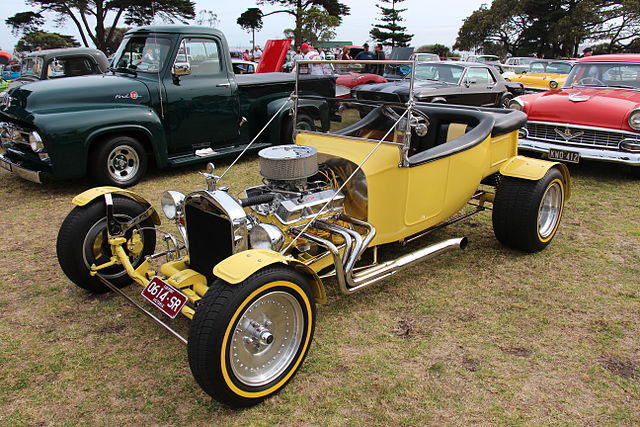 A 1923 Ford T Bucket recently went on sale in Superior, Colorado. This vintage car lists at a $25,000 asking price. It features a yellow exterior and black interior with CD/Radio capability and rear-wheel drive.

The T Bucket might just look like a pretty car. But it actually played a pivotal role in automotive history. It is partially because of the Model T that we have affordable cars so easily available today. The Model T was also the base for many hot rod enthusiasts. It provided an affordable starting place that interested parties could then spring from and spruce up.

The Model T first rolled onto the scene in 1908. Ford had been an established company for just five years at the time. But the Model T sprung him straight into fame’s lap. It quickly became the best-selling car in America. Business was booming. But now there was a new problem: keeping up with the demand.

Henry Ford did not invent mass production. He did, however, become the first man to use mass production to make cars. In 1913, Ford introduced a moving production line. Production lines sped up the manufacturing process by a significant amount. Thus, Model T production jumped up 100,000 units per year. His competitors were making 200,000 cars per year. Ford was making (and selling!) 300,000.

The ability to make more cars also meant Ford could sell them for cheaper. In 1925, Ford Motor Company sold the Model T for just $290. This was a 65% decrease in price from when it sold for $850 in 1908. It should come as no surprise, therefore, that the Model T made up 40% of cars on the road in its prime.

Whether you love the T Bucket for its aesthetic appeal or because of what it represents to the car industry, this beautiful yellow model will make some lucky car collector very happy.

Who are the Snowbirds?